Rez Kids for Families Weekend Too!

In late January, just when winter starts to seem its bleakest and it seems the world might be dying around us, thousands of teens will gather in Pigeon Forge to hear a message of hope. The theme of the 2016 Resurrection is “From Death to Life,” a message poignant at any time of year but especially when it’s cold.

Resurrection 2016 is a gathering hosted by the youth ministry of the Holston Conference of the United Methodist Church. It is a time for the youth in attendance to worship together and grow spiritually during the weekend’s events. The conference will take place from January 22-24 at the LeConte Center in Pigeon Forge. Several sessions will run from Friday evening through Sunday afternoon.

This is the first year that the Resurrection Christian Youth Conference will take place at the LeConte Center. The new venue will allow for everyone to be under one roof at the same time. This will only amplify the opportunities for the youth to join together.

Although the event is put on under the auspices of the United Methodist Church, over the years the conference has become a draw for youth of many denominations. Inter-denominational youth groups from across the Southeast will join with groups from both the Midwest and Mid-Atlantic states. Clearly the message of the event transcends denominational and geographical boundaries.

Attendees at Resurrection 2016 will participate in several worship sessions and Christian music concerts over the course of the weekend. The speaker at this year’s Resurrection will be Fred Lynch. Back in the 1990s, Lynch was a founding member of P.I.D. (Preachers in Disguise), one of the first gospel rap acts. The group produced several albums. Since then, Lynch has written a few books including The Script, an artistic interpretation of the Gospel of John written in rap form.

In addition to the speaker Fred Lynch, attendees will also enjoy music at Resurrection. The Worship Artist this year will be Bellarive, a band new to Resurrection. Bellarive strive to engage youth in genuine worship. The Concert Artist will be singer-songwriter Chris Tomlin, whose songs have been heard in congregations across the world. 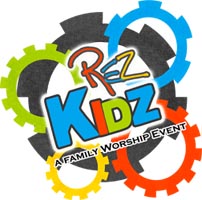 “Rez Kids” is a family worship event that coincides with Resurrection 2016 and also takes place at LeConte Center. This is an opportunity for parents and young children to gather during 3 sessions over the weekend. Children will light up with excitement when they walk through the door and leave in wonder about a King who loves them. Rez Kids strives to watch the gospel message change lives as it encourages, equips, and builds up families.

Conference Lodging:  Conference goers are responsible for making their own lodging arrangements.  Heartland Rentals offers individual Gatlinburg and Pigeon Forge cabins that can sleep up to 18 people, or accommodate your entire youth group when renting multiple cabins in close proximity.  Visit Heartland Rentals online or call 1-888-711-0087 for personal assistance.